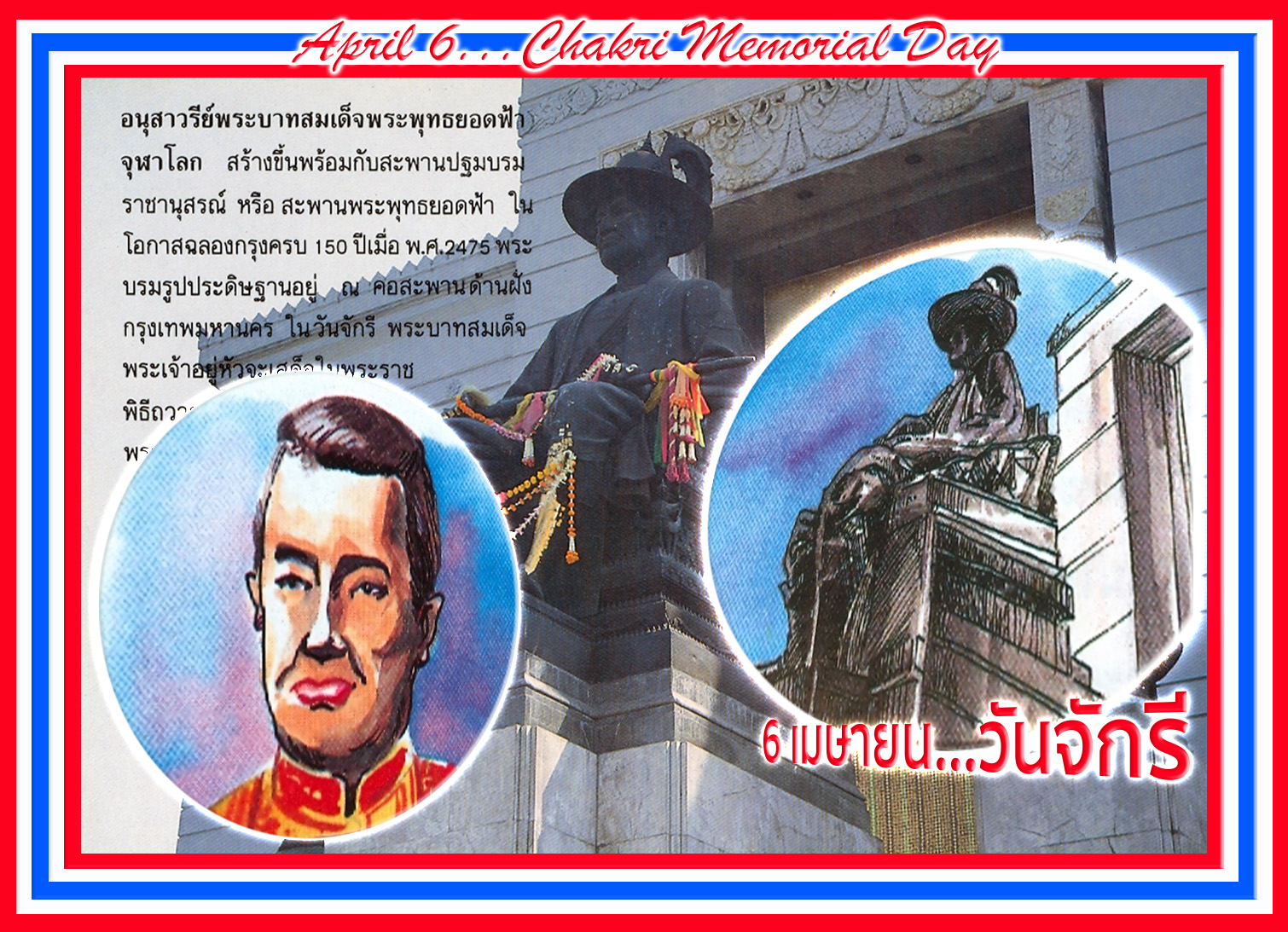 April 6 is Chakri Memorial Day, a holiday to commemorate the establishment of the Chakri Dynasty and the founding of Bangkok by King Phutthayotfa Chulalok (Rama I) in 1782.

King Rama I, Thongduang, was born in 1736 in the reign of King Boromakot of Ayutthaya.

In 1757, aged 21, he became a monk temporarily, in accordance with Siamese custom.

Around 1760, Thongduang married to a daughter of a wealthy Mon from Amphawa District in Samut Songkhram Province. Later, she became Queen Amarindra.

At a young age, Thongduang entered the Royal Palace as one of the royal pages of King Uthumphon of Ayutthaya.

At age 25, he was appointed the Luang Yokkrabat (deputy governor) of Ratchaburi Province by King Ekkathat of Ayutthaya.

When he was 35, in the reign of King Taksin of Thonburi, Thongduang was raised to Chao Phraya Chakri. He defeated the city of Cambodia.

In 1782, due to the instability of Thonburi, Somdet Chao Phraya Maha Kasatsuek seized power, ascended the throne on April 6 and established the Chakri Dynasty. He also moved the capital to the eastern bank of the Chao Phraya River known as “Krung Thep” or Bangkok.

Every year on April 6, Chakri Memorial Day, Thai people will lay wreaths at the statue of King Rama I at the Phra Phutthayotfa Memorial Bridge in Bangkok.