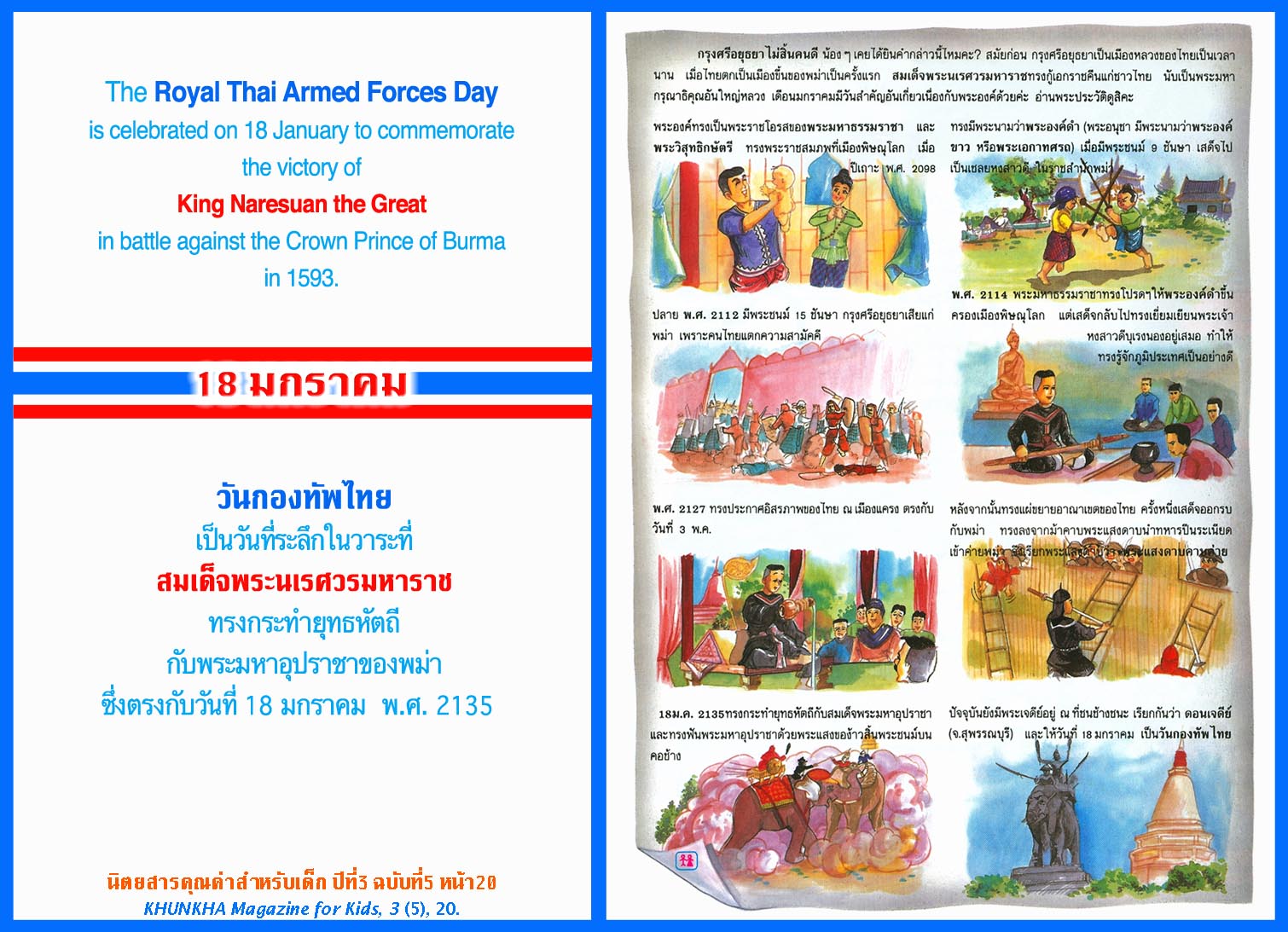 Prince Naresuan was born in Phitsanulok in 1555.  He was the son of King Maha Thammaracha of Phitsanulok and his queen consort, Wisutkasat.

During 1563–64, Phitsanulok was Burmese tributary state.  The King of Burma was King Bayinnaung. The Black Prince was sent to Bago (formerly known as Hongsawadi) as a hostage.

Starting in the middle of the 16th century, the Kingdom of Siam (Thailand) came under repeated attacks by the Burmese.  At the end of Burmese-Siamese wars, the city of Ayutthaya finally fell in 1569.

At the age of 17, Maha Thammaracha made the Black Prince the Crown prince of Phitsanulok, known as Prince Naresuan.

On 3 May 1584, King Naresuan declared independence of Ayutthaya from Burma in Kraeng, the border town.

During his reign, the territory of Siam was greatly expanded.  Once in the battlefield with a sword in his mouth, King Naresuan led his soldiers to climb the wooden pole wall into the Burmese camp.  His sword was named “Phra Saeng Dap Khap Khai” in memory of his victory.

On 18 January 1593, King Naresuan defeated Phra Maha Upparacha, leader of the Burmese army, in a fierce royal duel on elephant-back, known as the “Elephant Battle”, at Don Chedi, Suphan Buri.

The Don Chedi Monument of King Naresuan the Great and the pagoda, were built to commemorate the victory over the Burmese troops.

It is now traditional to celebrate the Royal Thai Armed Forces Day on January 18.