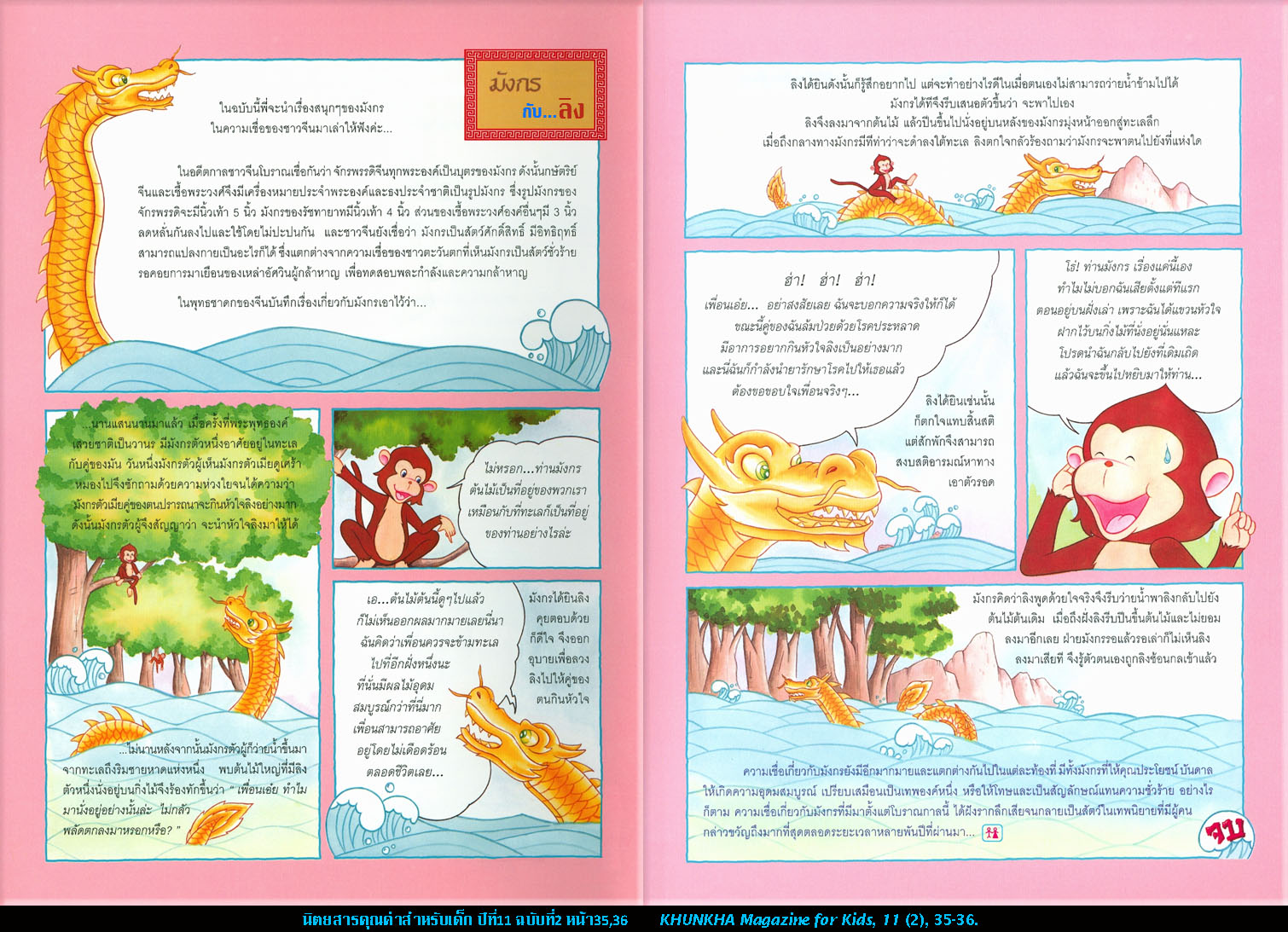 Chinese New Year 2017 has just passed and this year is the year of the Rooster.  Hope it will be the year of good fortune for everyone.

Let’s start the Chinese New Year with the Buddhist stories: The Dragon and the Monkey

For ancient Chinese the dragon, the magic animal with magic power to disguise, represented prosperity and good luck.  In contrast, the ancient European believed that the dragon was the evil animal waiting for fighting with the knights.

From the Buddhist stories… it happened long…long time ago.  In one life of the Buddha as a monkey, there was a dragon living in the sea with his wife.  That dragon was worried about his wife’s sadness because she was longing to eat the monkey’s heart.  So he made the promise to catch a monkey for her.

The dragon swam from the bottom of the sea up towards the surface.  When he was near the beach, he saw one of the big trees with the little monkey sitting on the branch.

“My friend, why are you sitting up there, aren’t you afraid of falling down?” the dragon approached the little monkey with the plan in his mind.

“That’s OK, Mr. Dragon. These trees are our homes, just like the sea is yours.” the little monkey answered.

The dragon was satisfied with the little monkey’s response so he continued his plan “Ah…this big tree doesn’t have enough fruit for you.  You should go across the sea because there are so many kinds of fruit over there.  My friend, you can live there happily forever.”

The little monkey believed it was true so he really wanted to go across the sea.  But the little monkey couldn’t swim by himself so the dragon offered “My friend, let me bring you there.”

Without any hesitation, the little monkey climbed down the tree right away.  Then it quickly climbed up to sit on the dragon’s back.  The dragon brought the monkey out to the sea.  When both of them reached the middle of the sea, the dragon tried to dive into the bottom.  The little monkey was startled and shouted with fear “Where are going?”

“Ha…ha…ha…my friend, let me tell you the truth.  Right now my wife is very sick and the only thing that can cure her is monkey’s heart!”

After the truth had been told, the little monkey was so frightened.  Then he began to gradually calm down and started to find the way to save himself.

“Oh! Mr. Dragon, this isn’t a big deal.  Why didn’t you just tell me when we were at the shore?  I hung my own heart on the big tree over there.  Please bring me back to the shore then I’ll bring my heart down for you.” the little monkey said to the dragon.

This time the dragon truly believed so he rushed to swim back to the shore with the little monkey. When both of them arrived at the seashore, the little monkey quickly climbed up the same old tree.  And he never came down again.

The dragon kept waiting and waiting at the seashore for a long time before he realized that he had been tricked!