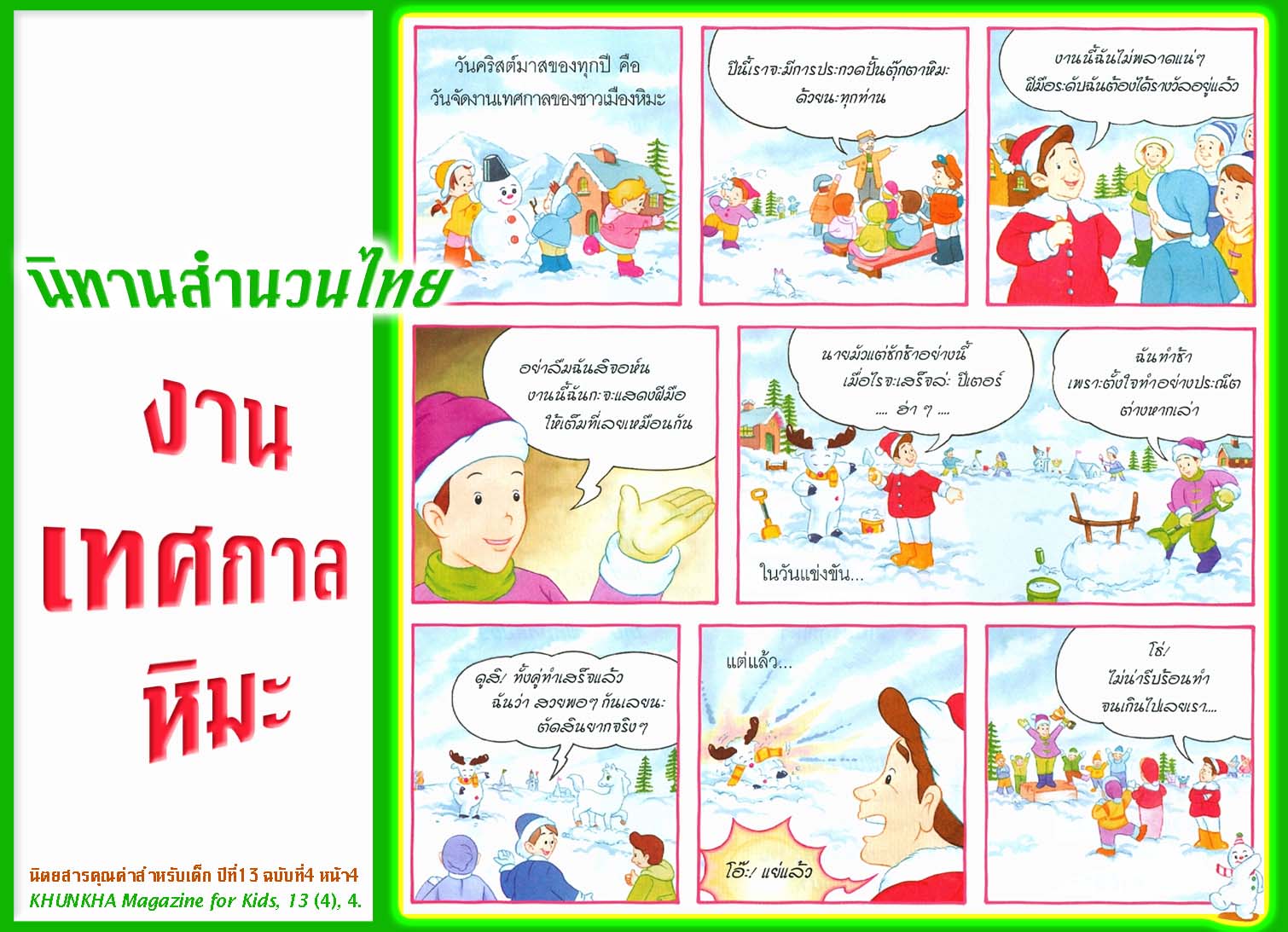 Every Christmas is the time for Snow Festival in Snow town. The Mayor announces “This year we’re gonna have Snow Sculpture Contest.”

At that very moment John boasts loudly “I definitely don’t miss the contest, the prize must be mine.”

But Peter who’s also listening to this announcement disagrees “Hey! Don’t forget me, I plan to show my full ability in this contest too.”

At the field, there are so many contestants. Everyone tries the best to turn snow into the perfect sculptures.

“Ha…Ha, you’re working so slowly like this, when’re you gonna finish?” John laughs at Peter.

“I work slowly because I intend to build my snow-horse as neatly as I can.” Peter answers with confidence.

All the audiences are also excited to know the result of the contest. One of them talks to his friend “Look! Both John and Peter just finished. Wow! I think both of their sculptures are very beautiful.”

“Yikes!” John cries out loud as soon as he sees his snow-cow gradually falling down. “Oh! I should not rush to build my snow-cow.” he talks to himself sadly.

And the winner can be nobody but Peter.

From this story, although both Peter and John built the very beautiful snow sculptures, Peter’s snow-horse won the contest because of slow and steady work. In contrast, John lost because he rushed to build his within a very short time.

“Slow and steady wins the race” is the moral of the fable about the tortoise and the hare from Aesop’s Fable. It is used to describe situations where slow, steady progress towards a goal is better than a rushed attempt to achieve things all at once.