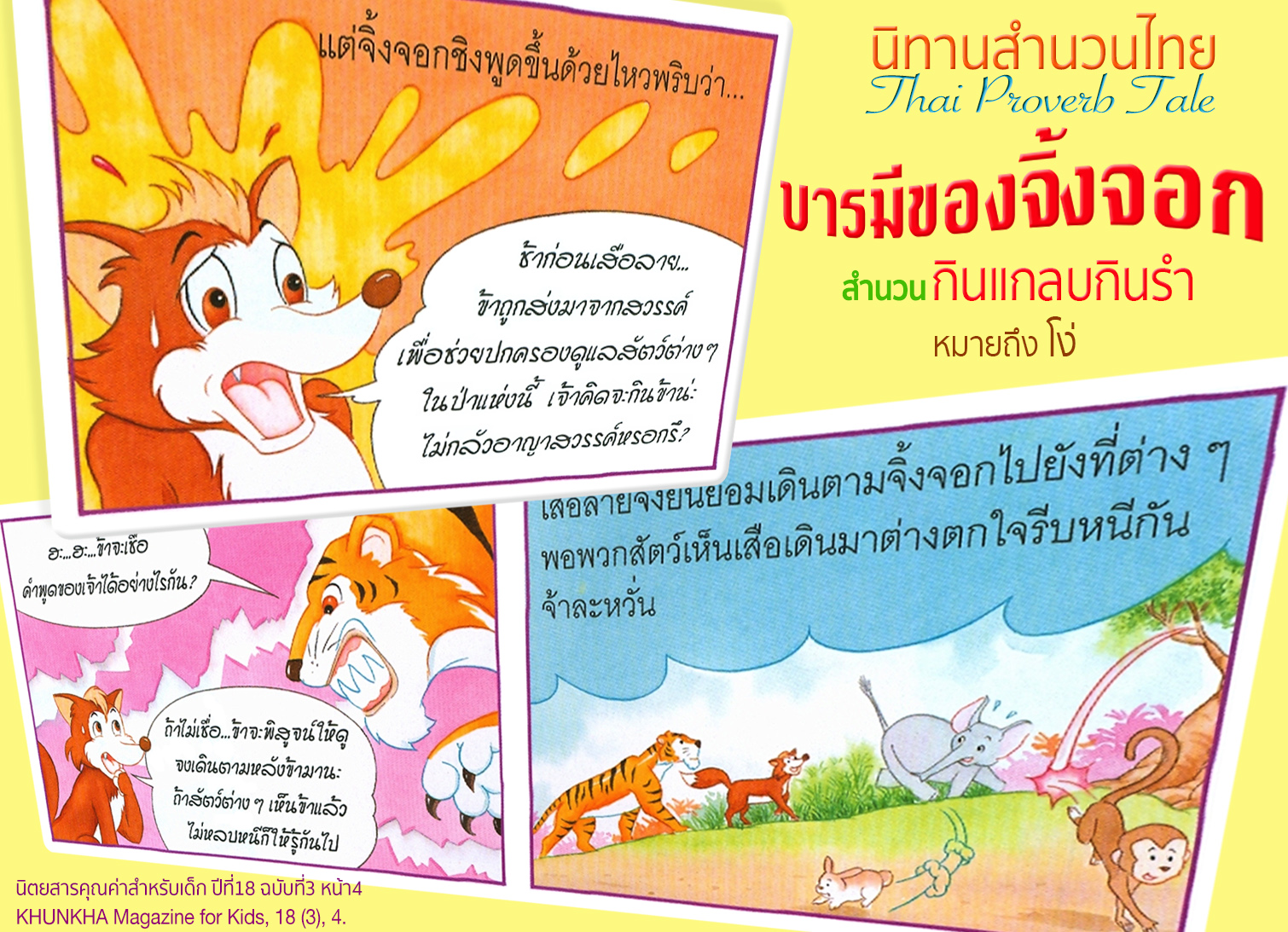 One of Thai proverbs has the meaning of “stupid”. Let’s read the tale about this proverb together.

Early in the morning, when the tiger went out hunting, it caught an unfortunate fox. “Well, well, you’re going to make me full for many days,” the tiger talked with a fierce roar.

No matter how frightened the fox became, it tried to find the way to survive. In a moment, the fox had a good plan sprang to mind.

Calmly the fox replied, “Wait Mr. Tiger! Don’t you know that I was sent from the heaven and was given power to rule all the animals in this jungle? If you plan to eat me, don’t you afraid of violation the mandate of heaven?”

“Ha, ha! How could I believe you?” the tiger laughed out loud.

“If you don’t believe me, I’m going to prove it right now. Come on, just walk right behind me and you’ll see all the animals will flee away because they’re afraid of me,” the fox continued his plan to fool the tiger.

Without suspicion, the tiger fell for the fox’s plan. Then it started to walk right behind the fox around the jungle. As soon as the wild animals saw the tiger, they all fled away as the fox had told before.

At that moment, the fox turned to talk to the tiger “You’ve already seen my power, right?”

“Oh yes! I believe everything you’ve told. Please don’t let me be punished by the heaven mandate,” the tiger really believed that all the animals fled away because of power of the fox.

So, the tiger silently walked back into the jungle and left the fox sitting over there.

“Ah! Lucky me, that stupid tiger didn’t even know its own power made the animals flee away,” the fox felt a great sense of relief.

The Tiger is disputed often for the title of the most powerful and the strongest animal in the jungle. It’s not just about strength and agility, but also intelligence. For many wild animals, it is frightening to run into a tiger.

But the tiger in this Thai proverb tale was one of a kind. Although being a powerful animal, this stupid tiger didn’t even know. Because of its stupidity, it was totally fooled by the fox.