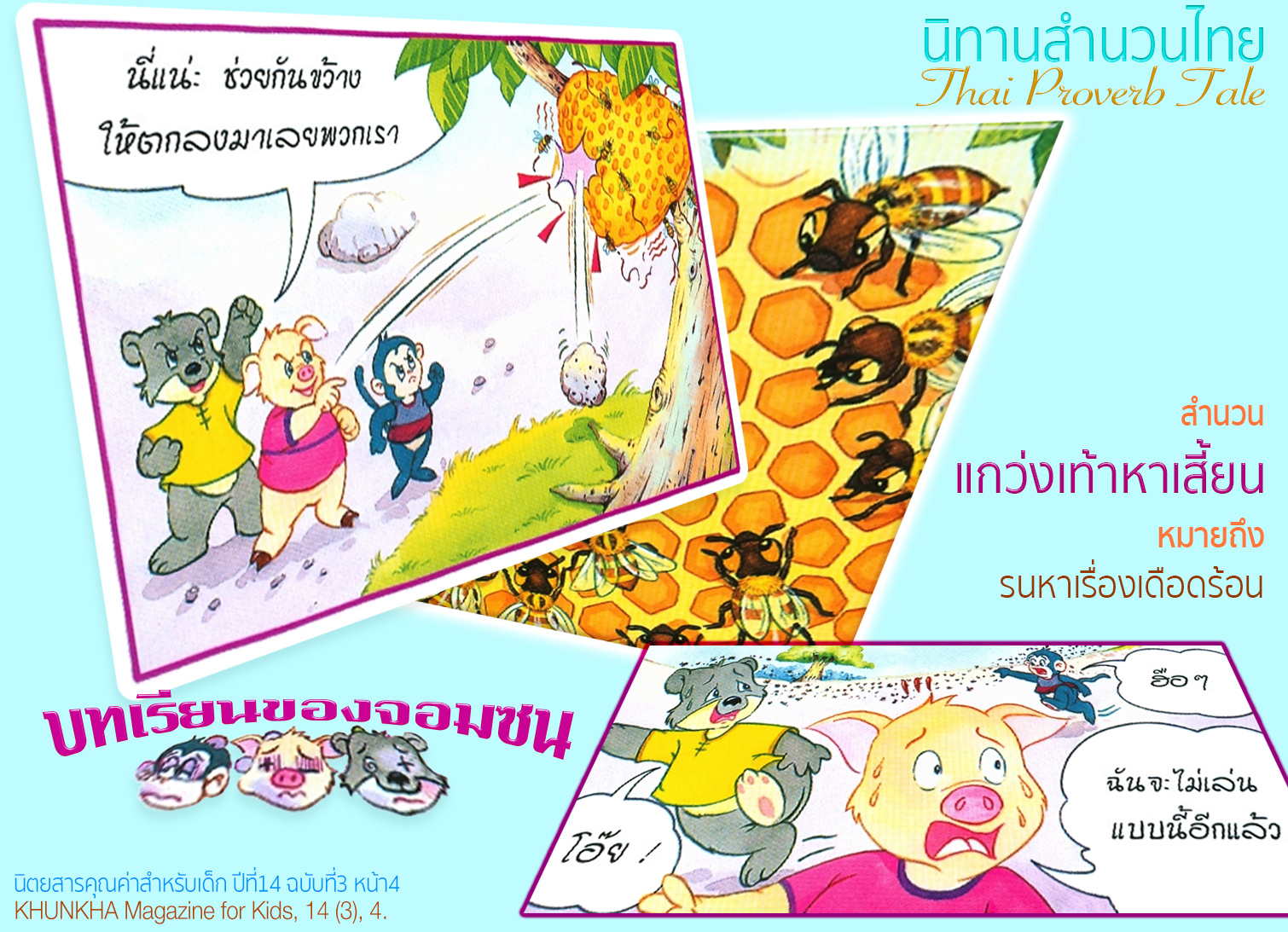 Asking for trouble is another Thai proverb often used. There’s a story of three naughty boys really got into trouble because they asked for it! If they’d only stayed put, nothing bad would’ve happened.

No one in this small village didn’t know these three naughty boys: Mole Bear, Piglet, and Ed Monkey. As soon as all these three came together, some kinds of unwanted incidents would occur.

“Oh, look, here they come! I wonder what bad thing’s going to happen today!” said a villager to his friend, as he saw three naughty boys heading in their direction.

And he was right, something bad was about to happen but what was it?

Let’s read further, shall we?

While these three boys were sitting among many big trees, Ed Monkey was the one created an idea, “Hey! It’s so boring today. Let’s find some funny thing to do.”

Then Mole Bear suggested, “Yeah, I’ve just thought of the funniest thing ever.” Mole Bear pointed at a beehive, quite large and active, hanging on a branch of a big tree. He said to his friends, “Look over there, do you see that beehive?”

The funniest thing Mole Bear had mentioned was throwing rocks at the beehive until a honeycomb dropped down. So, all of them gathered many rocks and used the beehive as a target.

While they were having fun, the bees in that beehive were furiously buzzing, “Grr, those naughty boys need to be taught a lesson!”

For a moment, thousands of angry bees flew out of the hive and headed toward these naughty boys, and stung them. Of course, they all ran away just as fast as they could.

If you happen to be around, I assure you that you would hear them screaming in pain, “Ouch!”, “aah!”, “I’ll never do this anymore!”

And that’s the end of the naughty boys’ lesson.