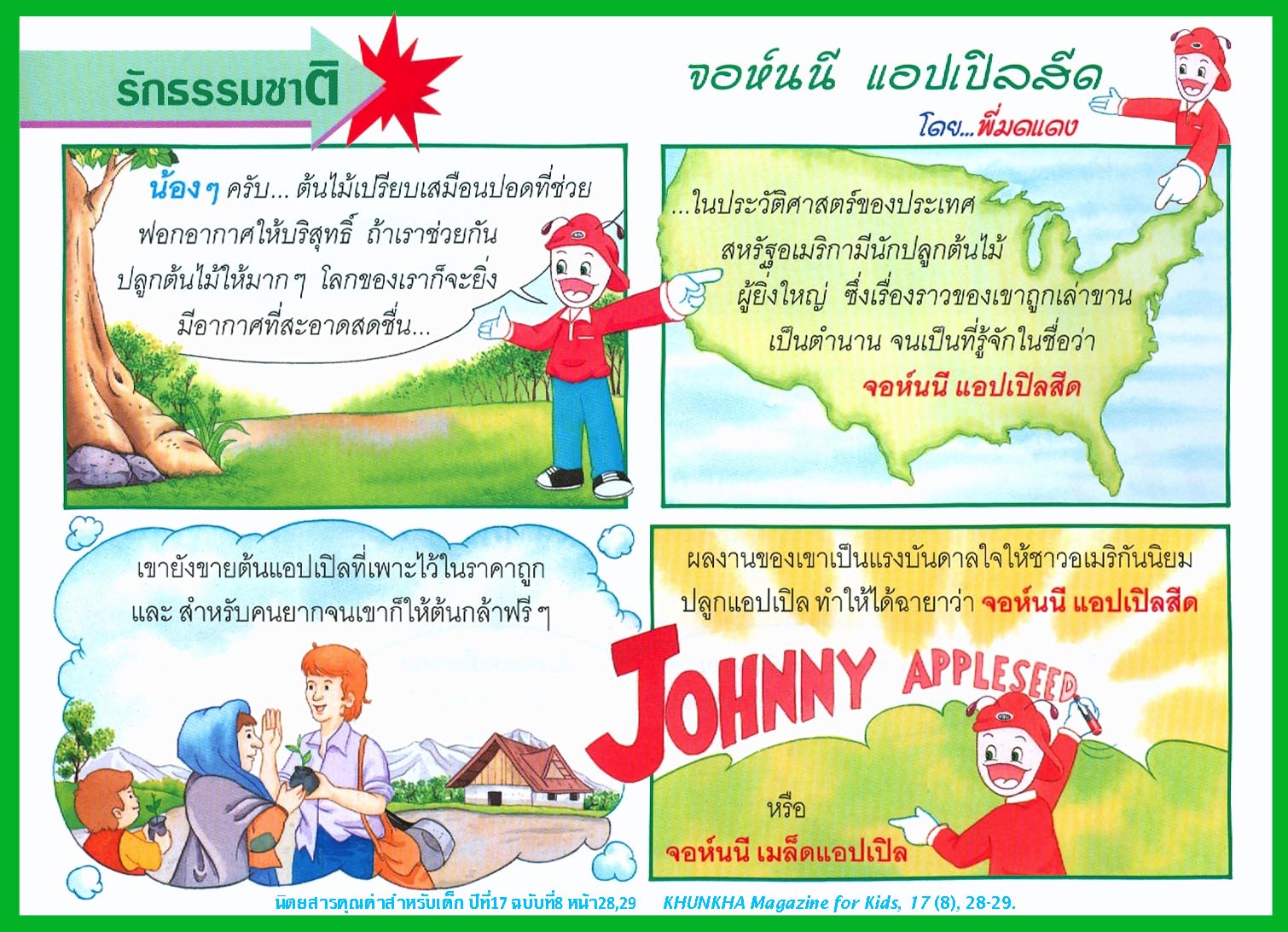 Mr. Red Ant would like to tell the story about this hero…Johnny Appleseed.

We all know the trees are our lungs. They release oxygen when they use energy from sunlight in the process of photosynthesis. The more trees we plant, the higher oxygen we give to our environment.

In American history, there was a legendary nurseryman by the name of Johnny Appleseed. His story has long been retold.

He was born John Chapman on September 26, 1774. Johnny Appleseed had strong desire to make apple orchards grow throughout the country. What he believed was with the apple blossoms everywhere, there should be apples for everyone and no one should go hungry. What a great man!

Since 25 years old, Johnny Appleseed had started out planting trees in western New York and Pennsylvania. Then he travelled west to plant apple trees along the way.

Every place he liked, he would dig the ground and planted the apple seeds in rows. Then gathered the sticks to make fences in order to protect trees from animal damage.

Johnny Appleseed never cut the trees and hurt any animals. He believed in animal rights and denounced cruelty towards all living things, including insects.

Once in the snowstorm, he happened to be in the middle of the forest and tried to find some sort of shelter. Even though there was only a cave with a hibernating bear and its cub, he could manage to survive through the storm.

Johnny Appleseed had a very simple life. Vegetables, fruits and milk were his food. Often shoeless, he traveled mostly by foot.

For almost half century, throughout his journey he traveled with a large sack of apple seeds, to plant large numbers of apple trees in what was the American wilderness. This attracted more people to move to new lands.

He also sold his young apple trees at a low price and even provided them without charge to the poor.

We don’t have to plant as much as this American legend but we can also make this world a better place by just planting only one tree and take good care of it.